Finally, in 2009, after living in the Lower Mainland for almost four years we decided to head up Grouse Mountain.  We chose to go New Year’s Day as a way of celebrating what we had planned to be our last few months in Metro Vancouver.  Graduation was coming up in May and in all likelihood we would be somewhere east within a year.

Up we go!  It was quite the experience to pass the snow line and ascend to a winter wonderland.  They had over 3 metres of snow at the top that year.  It was incredibly beautiful and serene, inspite of all the people.

Hubby stood in the very centre of the gondola to prevent the ability to look straight down.  He is only ‘slighty’ afraid of heights.  We had dinner at the restaurant.  Quite good.  Unfortunately we could not afford to eat in the dinning room.  Three women (myself and two step daughters) in university at the time was a strain on finances.  We stayed a couple hours and watch dusk fall on Vancouver and the lights blink on as the hectic pace of the big city continued well after dark.  It was a magical night. 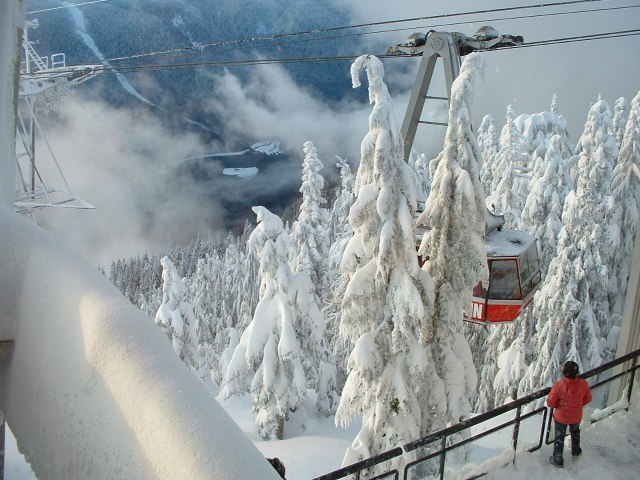 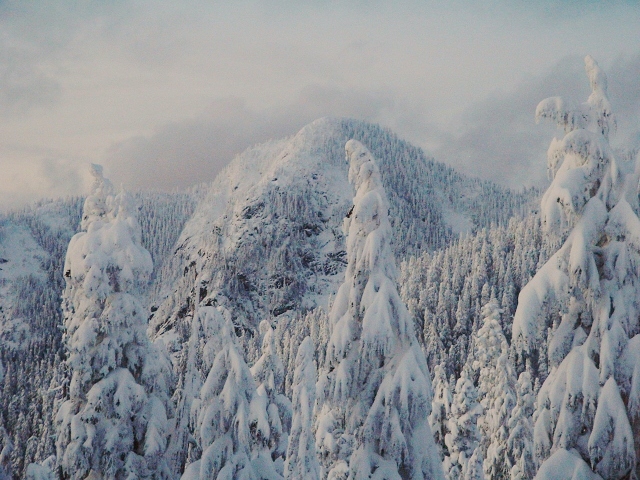 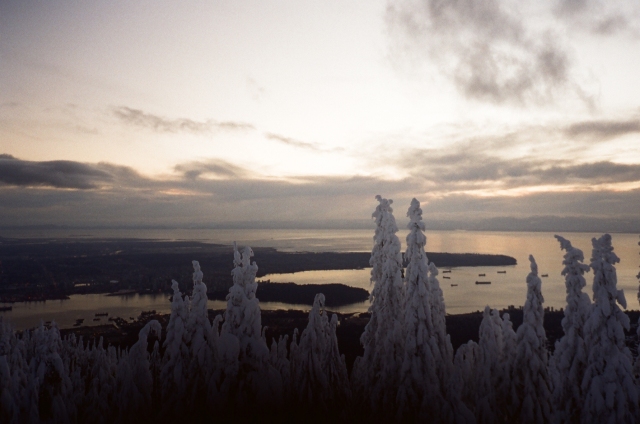