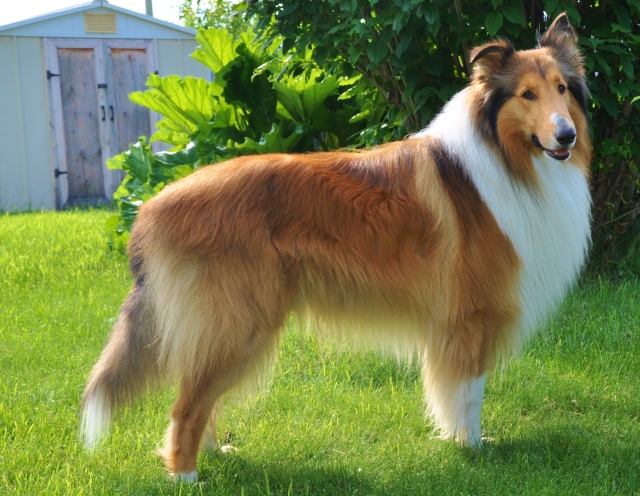 On June 9th I flew to Toronto for study leave and my Darling drove to Kenora, Ontario with the Boler to deliver it to my sister.

After four days at St. Michael’s College and Starting Well at Toronto School of Theology I flew back to Winnipeg.  It was wonderful to spend Father’s Day in Kenora with my Dad and enjoy a dinner of one of my favourites, Sorrel Soup.  Monday we returned to Winnipeg via Anola, Manitoba and picked up a canine addition to our family.  We have been with out a dog for a little over a year now.  My Darling has been missing the click, click of nails on the hardwood. He found this boy on Kijjii, he had been previously owned by an elderly lady who had returned him to the breeder when she went into a seniors’ home that didn’t allow dogs.  Not surprisingly he is a little undisciplined, although he walks on a lead really well.  His worse habit is the impulse to herd cars.  He didn’t anwer to his name (the same as my Darling’s!) so we have renamed him Haggis.  He is 2 1/2 years old (birthday is one before my Darling’s — Whaaaat?!)  He thinks he is a lap dog and at sometime in his life called permanent and perpetual ‘Shotgun’.  Wrestling a 80 pound dog into the back seat for 1800 kilometres was not fun.  He is settling in quite well, a bit of separation anxiety when we leave the house, but it is decreasing all the time.  He is a gentle boy, very friendly and is becoming quite attached to his new parents.  Plus, he is beautiful!

That thing which I understand by real art is the expression by man of pleasure in labour.  William Morris

I’m a sucker for those value packages of fall planting bulbs, especially when they are sold by colour, being of course – purple.  I bought two packages last fall.  With those packages you never know what you are going to get, they are just a mix.  A pleasant surprise this spring, beautiful two toned tulips in the front yard.

The introduction of the tulip to Europe in the late 1500’s created quite a stir and within a few decades the tulip became a coveted luxury item.  At one point the price of certain tulip bulb in a much sought after variety cost 10 times the yearly wage of a skilled labourer.   Developed mainly in the United Provinces (The Netherlands) it became a status symbol which resulted in Tulip Mania.

The Canadian Tulip Festival occurs every May in Ottawa, a display of millions of tulips blooming in brilliant colour.  It was initiated in response to the birth of a baby girl during World War II.  In 1945, the Dutch royal family sent 100,000 tulip bulbs to Ottawa in gratitude for Canadians having sheltered Princess Juliana and her daughters for the preceding three years during the Nazi occupation of the Netherlands, in the Second World War.

The most noteworthy event during their time in Canada was the birth in 1943 of Princess Margriet to Princess Juliana at the Ottawa Civic Hospital. The maternity ward was declared to be officially a temporary part of international territory, so that she would be born in no country and would inherit only her Dutch citizenship from her mother. To commemorate the birth, the Canadian Parliament flew the Dutch flag over Peace Tower. This is the only time a foreign flag has flown over the Canadian Parliament Building.  In 1946, Juliana sent another 20,500 bulbs requesting that a display be created for the hospital, and promised to send 10,000 more bulbs each year.  While the Netherlands continues to send 20,000 bulbs to Canada each year (10,000 from the Royal Family and 10,000 from the Dutch Bulb Growers Association), by 1963 the festival featured more than 2 million, and today sees nearly 3 million tulips purchased from Dutch and Canadian distributors.

Tulips are the only flower that continues to grow in the vase after being cut. They can continue to grow up to another 3 inches. They also conform to the shape of the container, straight up if in a tall container, twisting to fit into a flat or irregular shaped vase.

The ancient Turks used to brew a love potion from tulips and many cultures consider tulips to be the symbol of perfect love.

In the early 1700s, A Turk by the name of Sultan Ahmed III was the first to begin importing bulbs from Holland. But it proved a fatal attraction. When Sultan Ahmed was brought to trial, his crimes included “having spent too much money on the traditional annual tulip festivals”. The sentence: He was beheaded.

In Japan, certain flour is made from tulips.

In times of famine the Dutch have eaten tulip bulbs when no other food was available.

Hans Gillisz. Bollongier, Flower Piece, Frans Hals Museum, 1644. The top flower was always the most expensive one and in this bouquet it is the tulip Semper Augustus. 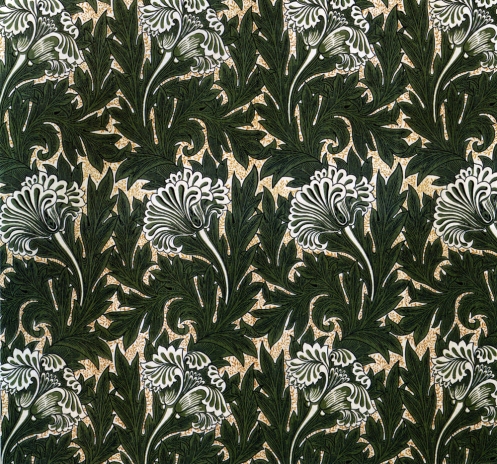 Of course, a nod to my favourite arts and crafts artist, William Morris.

The tulip and the butterfly
Appear in gayer coats than I:
Let me be dressed fine as I will,
Flies, worms, and flowers exceed me still.
~Isaac Watts 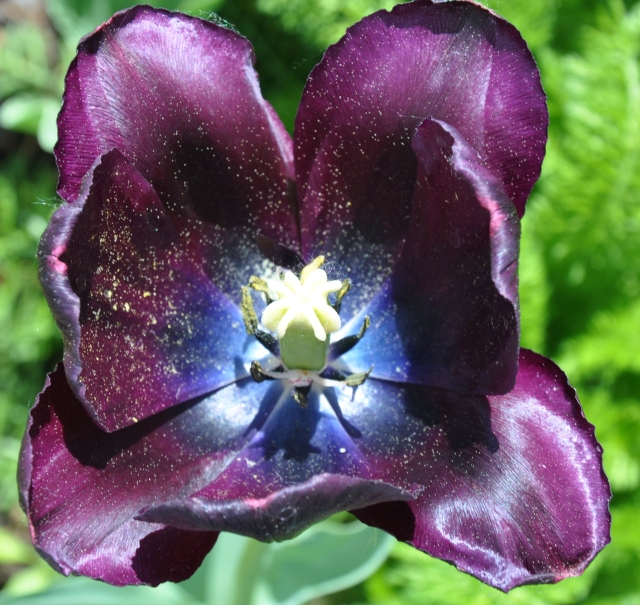 Lamott is an unstoppable storyteller, whether writing about church-going with a sullen adolescent or reconciling with her late mother. She rages against the Iraq war but takes comfort from her sage-like Presbyterian minister, who says faith is not about how we feel it is about how we live. … Rule 1 We are all family. Rule 2 You reap exactly what you sow, that is, you cannot grow tulips from zucchini seeds. Rule 3 Try to breathe every few minutes or so. Rule 4 It helps beyond words to plant bulbs in the dark of winter. Rule 5 It is immoral to hit first.
– Anne Lamott

We have lived in this house for four cycles through spring now.  I love this house, and the beautiful flower garden has been an added blessing.  There has been a little apple tree in the back yard since we moved it, this is the first spring it has bloomed, and bloomed beautifully. 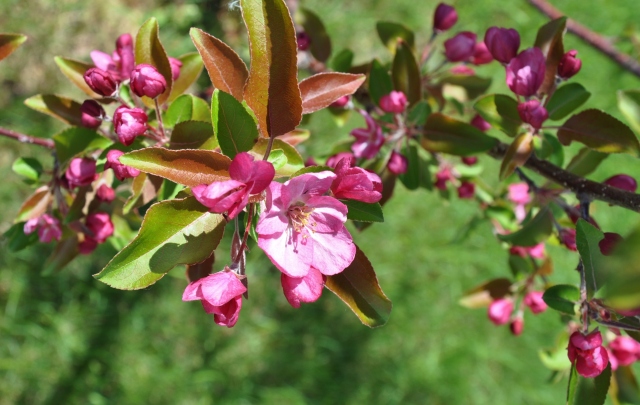 Three falls ago I planted alium bulbs.  I suspect the area is too dry for them, the leaves have turned brown before the buds have developed.  This is the first spring there has been an almost bloom.

One of my earliest memories of cultivated flowers at the farm is of the beautiful common irises my great-grandmother planted.  A member of the congregation graciously gave me some rhyzomes last spring.  I love their deep purple colour. 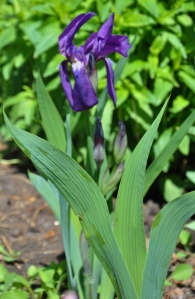 Finally, and this is not actually a first, but a surprise.  The first spring we were here the tulips that greeted the warmth were yellow and orange (not my favourite colour palette).  I dug them all up and gave them away to who ever wanted them.  Gradually I replaced them with purple and white.  This spring, three years later, this is what I get, volunteers, or maybe I should say escape artists.  Surprise!

Isaiah 61:11   For as the earth brings forth its shoots, and as a garden causes what is sown in it to spring up, so the Lord God will cause righteousness and praise to spring up before all the nations.